Aston Villa will be playing Championship football next season and with a lot of changes expected to come in terms of the playing squad, it looks like they’ve already begun to plan for the next campaign, where they’ll be looking to secure promotion at the first time of asking.

According to a report by Simon Jones of The Mail, Villa are interested in signing striker Kane Hemmings from Dundee.

The 25-year-old, who is also attracting the attention of Blackburn Rovers, Derby County and Queens Park Rangers, has been in great goalscoring form north of the border, finding the back of the net 25 times in just 38 appearances. 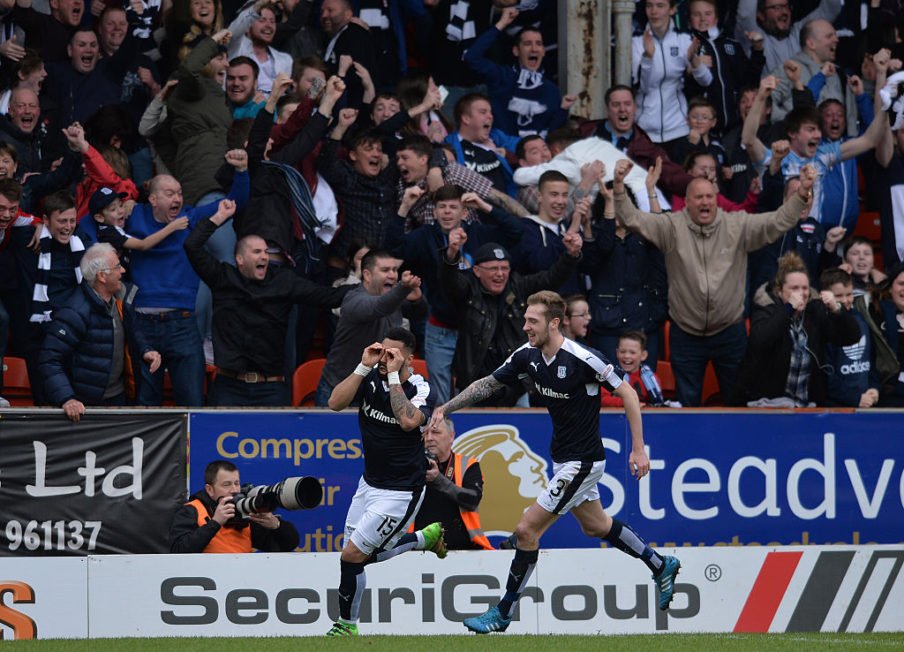 Villa are yet to appoint a new manager but that has not stopped the recruitment team looking for and identifying new targets, although it’s difficult to see any incomings until a new manager is put in place.

With other clubs seemingly interested in Hemmings, Villa might miss out if they don’t get a deal done sooner rather than later.