Conor Hourihane has received some criticism for his international exploits earlier today.

The midfielder started for the Republic of Ireland against Georgia in his nation’s latest Euro 2020 qualifier, coming off in stoppage time as the Boys in Green were held to a goalless stalemate.

Despite the result, Ireland remain top of their qualifying group, although Switzerland could still go top if they win both their games in hand. 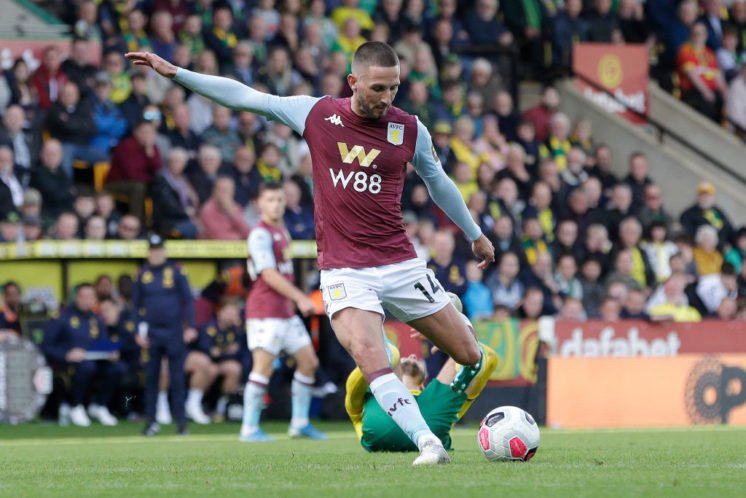 However, many Ireland fans were not pleased with the display, tearing into a number of the players for turning in subpar performances.

With the 29-year old Villa midfielder having struggled to impress, several fans took to social to take aim at his performance.

Twitter: Honestly what does Hourihane give this team… Get him off its time for Jack Byrne… #geoire (@aido956)

Twitter: @FAIreland Hendricks, Hourihane, McLean have been terrible. Our midfield is not there. If that isnt sorted asap we… https://t.co/fRjmt5TKkM (@kepf_82)

Twitter: Hourihane has done nothing for me today.. love to see Byrne on for him (@Skinaldo7)

Twitter: Hourihane has been really poor for Ireland #IREvGEO (@Hi1lmans)

This isn’t great news for Hourihane, as he would have hoped a solid performance would help his case to start for Villa.

With Marvelous Nakamba, Jack Grealish and John McGinn all vying for a position with Hourihane, the Irishman has tough competition for a starting berth.

Poor performances for Ireland won’t help his cause, although he can still look to push his teammates.