Coventry City’s Sam McCallum has revealed that he is “flattered” by the interest from Aston Villa and Leeds United.

The defender, speaking to the Coventry Telegraph, revealed he is aware of the rumours linking him with a move to Leeds and Villa, but that at the minute he is just focusing on his career at the Sky Blues.

The left back said:

I have been aware of it but the gaffer has been keeping my feet on the ground and keeping my head at Coventry.

He just wants to keep my head down and progress at Coventry. It’s flattering and shows I must be doing something right. It’s always nice to hear but I just want to do well for Coventry.

McCallum has been at Coventry since 2018, after impressing at Jamie Vardy’s V9 academy.

McCallum has emerged as a star for Coventry City, and looks to be one for the future.

Whether or not Villa make a move for the defender is another thing, but they will surely have a lot of competition, with several EFL sides fighting for his signature.

However, with Villa having Neil Taylor and Matt Targett at left back now, it is unlikely he’d be given much instant gametime if he moved to Villa Park.

Should Villa move for McCallum? 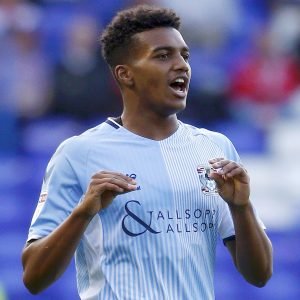 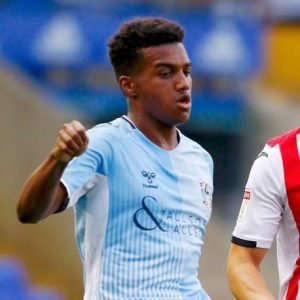