Eddie Nketiah is set to leave Arsenal for a second time this season, and Villa Park has emerged as a possible destination for the youngster.

That’s according to the Daily Mail, who claim that Nketiah is wanted by Aston Villa, Bristol City, Nottingham Forest and Sheffield Wednesday after having his season-long loan at Leeds United cut short due to a lack of game time.

The 20-year-old will now reportedly choose where he wants to ply his trade for the second half of the season.

Arsenal fan page @WorldwideAFC shared the news on social media, and these Gunners supporters were keen for the forward to link up with Dean Smith’s side.

Twitter: @WorldwideAFC If he does, I hope he chooses Aston Villa and keeps them up! (@Amaan2k15)

Twitter: @WorldwideAFC If he gets games at Villa that would be a great move for him! (@ArsenalCanada04)

Smith is keen on adding to his attacking ranks this month after Wesley was ruled out until the end of the season, and in our view, Nketiah would be a shrewd signing.

The 20-year-old only started two Championship games for Leeds under Marcelo Bielsa but managed to score five goals in all competitions for the Whites.

He showed glimpses of brilliance in front of goal at Elland Road, but in our view, struggled with the physical aspect of the second tier.

We feel as though a return to the Championship wouldn’t suit Nketiah, and if he wants to turn out for Arsenal over the coming years, he’d have the perfect chance to impress Mikel Arteta in the top flight at Villa Park.

Plenty of Arsenal fans want to see the youngster ply his trade with Villa, and we feel as though his natural goalscoring ability could end up playing a key role in Villa’s attempts to avoid relegation over the next four months.

Would Nketiah be a good signing for Villa? 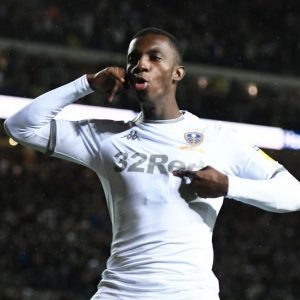 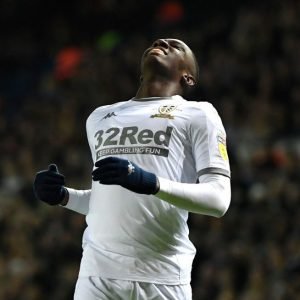