Villa boss Dean Smith decided to take off Mbwana Samatta and Anwar El Ghazi in the second half and many fans can’t understand the decision.

Both players looked dangerous throughout the encounter, with El Ghazi producing the assist for the opening goal of the match.

The Dutchman also had five shots in total, with three being on target (WhoScored), which proves that he was having a pretty good time against the returning Ben Davies for Spurs.

However, he was taken off with just over 20 minutes of the match remaining for Trezeguet, who only touched the ball eight times during his time on the pitch.

Samatta was replaced with eight minutes to go and he also looked dangerous, having three efforts on goal and playing two key passes during the encounter (WhoScored).

Many Villa fans took to Twitter to voice their discontent at the decision to take both players off.

Twitter: @myworditslongy Yes, taking them both off was odd. Samatta was doing great (@SJ_AV81)

Twitter: @myworditslongy Baston was a statue. Samatta and El Ghazi gave us an outlet (@lou_tredaway)

Twitter: @myworditslongy Spot on. The removal of those two meant we had no pace to counter – so Spurs simply pushed even fu… https://t.co/dW3BTPYZ3e (@Son_Lyme)

Twitter: @myworditslongy This happens far to often.
Who is advising Deano on his subs?? surely between him terry & o’kelly… https://t.co/SkQf0yVqcV (@insidevilla1982)

Twitter: @myworditslongy Exactly what I thought. Prob one of his best games Ghazi

And Samatta was holding ball up playing well (@ONELOVEAVFC)

Do you think Samatta should have stayed on? 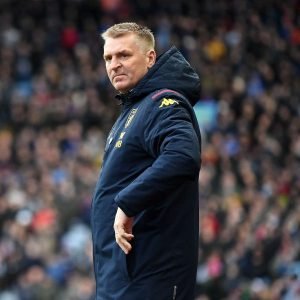 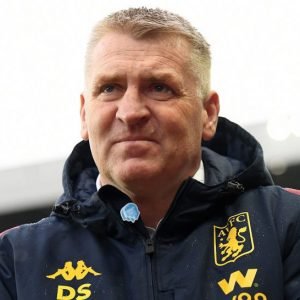