Aston Villa fans have taken a cheeky swipe at fellow Premier League side Manchester City ahead of the Carabao Cup final.

Villa announced on Thursday that their allocation of tickets for the final at Wembley Stadium were sold out.

As stated on the club’s official website, there will be 33,666 Villa supporters in the West End at Wembley.

On the other hand, City have been struggling to get their allocation for the match sold, offering supporters who have been to just one game at the Etihad the chance to buy up to three tickets for the final, as reported on The Telegraph.

As stated on the website, Villa’s remaining tickets were sold out within 20 minutes on Thursday for the final, which takes place on 1st March.

The last encounter between the two sides ended in a 6-1 thrashing by City at Villa Park.

These Villa fans took to Twitter to send a few messages to the defending champions.

Twitter: @AVFCOfficial Dw lads, if you didn’t get a ticket just hop into the city end, I’m sure there’s plenty of space (@Frostyz___)

Twitter: @AVFCOfficial levels between us and man city (@JNxthh)

Twitter: @AVFCOfficial Loads in city end if you didn’t get one (@__CallumAVFC)

Twitter: @AVFCOfficial And city still haven’t sold out even with this criteria https://t.co/UB9MmKHSFm (@Thornett_Louie)

Twitter: @AVFCOfficial @ManCityHelp this is how you sell a cup final out boys.
If you need help shifting your tickets send t… https://t.co/GJj9zHCJ6K (@AndrewjG79)

Twitter: @AVFCOfficial Now go to the EFL because Man City can’t and we will have some of there tickets ?

Twitter: @AVFCOfficial Called it. Shame we can’t get all the tickets Man City can’t/won’t sell! (@minxnicki)

Do you think Villa will beat City? 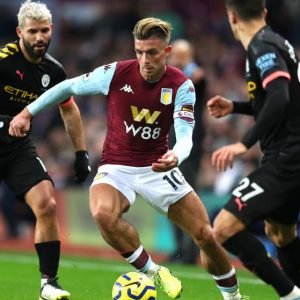 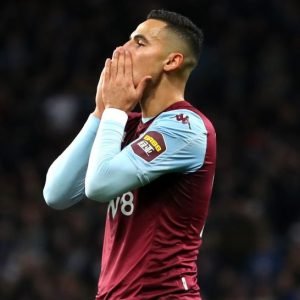