Aston Villa take on Manchester City in the Carabao Cup this Sunday at Wembley Stadium.

Dean Smith’s side know that they may need to be perfect in every department if they are to emerge with some silverware and whoever is between the sticks for Villa, could be kept extremely busy.

Many Villa fans want to see Orjan Nyland keep his place in the team for the final after his heroics in the semi-final against Leicester City.

The shot-stopper made numerous saves in the second leg, especially from Leicester playmaker James Maddison.

January signing Pepe Reina has also been pretty impressive since making the move back to England from AC Milan, but in the last league game against Southampton, the Spaniard was fairly shaky.

29-year-old Nyland has already played three times in the Carabao Cup this season and with only three league appearances to his name this term, he will be hoping to be handed a starting role in London.

These fans on Twitter certainly hope so, proven by the fact they’ve included him in their team selections for the clash.

Do you want Nyland to start against City in the final? 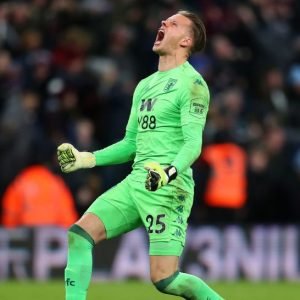 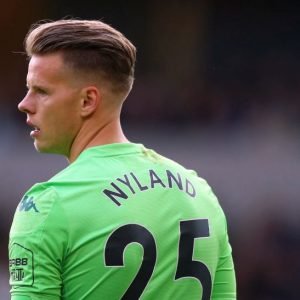