Aston Villa forward Tammy Abraham has revealed that the pressure to perform drives him on.

Abraham reveals that he always believes in himself going into games and expects himself to perform at a certain level.

The striker joined Aston Villa on loan from Chelsea last summer and has been a huge success at Villa Park.

Despite the disappointing league position, Abraham has netted 19 times in the Championship and is currently the joint-top scorer in the division.

Abraham and Sheffield United forward Billy Sharp have both scored 19 league goals, whilst Norwich’s Teemu Pukki is closely following on 18.

Speaking to The Express and Star, Abraham said this:

In football in general there is pressure. 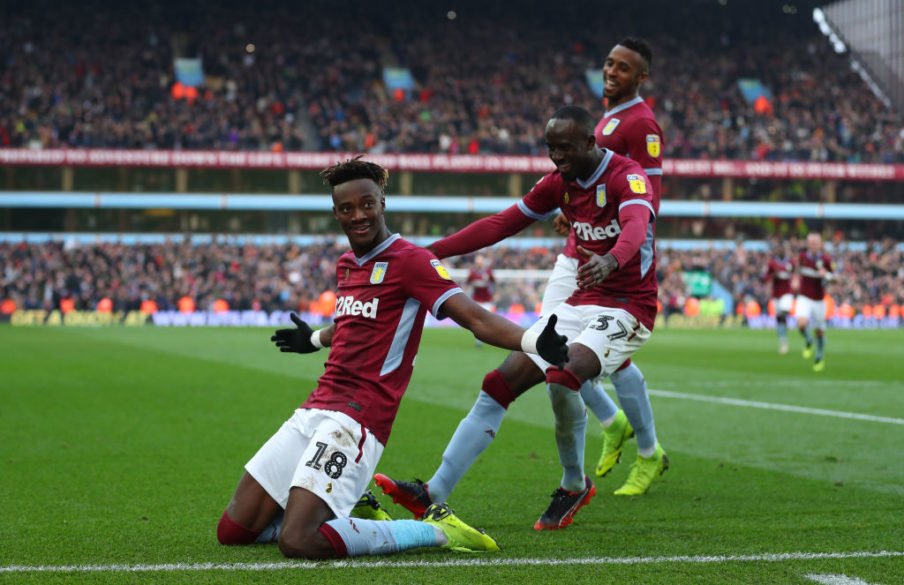 But that pressure drives me. Going into a game I have always believed in myself. So coming here, I expect myself to be at a certain level and to be able to perform. Growing up as a kid I always knew about Aston Villa in the Premier League. They unfortunately went down. But I have always been aware of the team and how big it is.

And coming here has made me realise it’s even bigger than I thought. But I came here to do my job, to help the team, score goals and hopefully get promoted.

Abraham looks set to beat his previous Championship tally, when he scored 23 league goals for Bristol City in the 2016/17 campaign.