Aston Villa are set to sign Mbwana Samatta from Genk for around £8.5m, according to a report from Belgian outlet HLN.

The 27-year-old striker trained with Genk earlier today but HLN report that he’s on his way to England to complete a deal that will see him sign for Dean Smith’s side.

The player has already scored on English soil this season as he netted for Genk in their Champions League defeat to Liverpool back in November, and Villa will be hoping that he can find the back of the net plenty more times this season if the deal is completed.

As is often the case, fans of Villa, and of other clubs, took to social media to react to the news.

This Villa fan is happy with the news and thinks that the new striker will score the goals to keep the Villans in the Premier League.

Mbwana Samatta keeps us up, simple as that.

This Newcastle supporter was upset that Villa are making a move for Samatta whilst his club are yet to make a move for a striker in the January window.

Mbwana Samatta has scored 30 goals since the beginning of last season for KRC Genk and is joining Villa who are in need of a striker.

€10 million, #NUFC should’ve been all over that, but no, Ashley only sat down for his transfer summit to discuss the war-chest on Tuesday. https://t.co/meEnba52cr

This fan is very impressed with Villa getting a deal done with Genk and thinks that the £8.5m fee will be a bargain.

Very excited to see Mbwana Samatta in PL. Big, powerful and fast striker with natural scoring instinct. Excellent finisher with feet and head. Scored 32 goals for Genk last season and was their best off-player in CL this season. Brilliant signing by Aston Villa, bargain at £8.5m

Finally, this fan admitted that he’s not overly familiar with the Genk star but made the point that his stats are impressive, especially for a player who will only cost £8.5m

I can't pretend to have seen a lot of Mbwana Samatta but his goals record is decent, and at that price point (£8.5m) you can't get a CF of reasonable quality from the Premier League; certainly not a player with Champions League experience and 50 caps/20 international goals…

Samatta has scored 76 goals in 191 games for Genk, and he’s also had 20 assists in that time. Furthermore, he’s scored 18 goals in 51 games for Tanzania.

His stats are impressive and if he can replicate his average of a goal every 2.5 games for Villa between now and the end of the season, he could end up scoring around six or seven goals for Smith’s side and theose could be invaluable as Villa look to remain in the top flight.

Personally, I’ve only ever seen Samatta in action once; the game at Anfield mentioned above, and I was hugely impressed. Genk, despite losing, played well in that game and led the line very well, causing European champions Liverpool a fair few problems, and he topped his performance off with a very well-taken header.

If Samatta can replicate his Anfield performance at Villa, then he’ll be a great addition to a side who have been left in desperate need to find a striker since Wesley picked up his season-ending injury.

Are you happy with the news that Villa are close to signing Samatta? 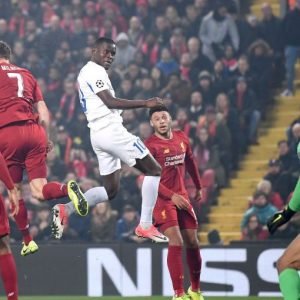 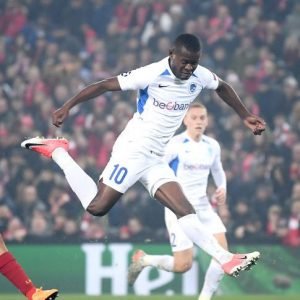