Alan Hutton has urged his former club Aston Villa to sign Josh King from Bournemouth in the coming days.

Premier League clubs have until Friday to sign EFL players, prior to the transfer cutoff, meaning plenty of quickfire business could yet be done.

Villa have enjoyed a superb transfer window, not only keeping hold of Jack Grealish, but also bringing in the likes of Ollie Watkins, Bertrand Traore, Emiliano Martinez and Ross Barkley.

Speaking to Football Insider however, ex-Villa man Hutton believes Dean Smith should seal a deal for King, viewing him as an excellent option:

To add someone like Josh King this late one would be another masterstroke in my opinion, it would really show what they want to do moving forward.

There’s a lot of interest in him, I think the fee’s going to be quite big but I think the Aston Villa owners have shown they’re willing to put their hand in their pocket to achieve what they want. That’s to be a settled team in the Premier League.

He’s a player if he comes in, he’s not only a striker – you’ve got Ollie Watkins, still got Wesley to come back, brought in Traore – there’s competition and everything’s looking good – but in the back of your mind, if Watkins picks up a wee injury, Wesley’s not back, who do you play?

You’ve got Keinan Davis but who else can take on that mantle? There’s a guy who’s been there and done it in King. We know he can score goals in the Premier League and I think he’d be a great acquisition for Villa. I would like to see them go out and do it.

King is a proven Premier League player, having scored 48 goals in the competition for Bournemouth over five seasons.

For that reason, he could be an astute signing, although it is hard to see how Smith would keep all of his attackers happy.

Watkins has made a flying start after joining from Brentford, bagging a hat-trick against Liverpool earlier this month, while the likes of Grealish, Trezeguet, Wesley, Traore and Keinan Davis are all battling for places, too.

Having lots of depth can be no bad thing in the Premier League, but considering Bournemouth would likely demand a hefty fee for King – he is valued at £14.4million by Transfermarkt –  it may not be worth it.

At 28, King is also not necessarily a long-term prospect, so he wouldn’t have much sell-on value.

Would King be a good signing for Villa? 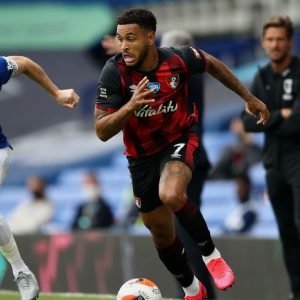 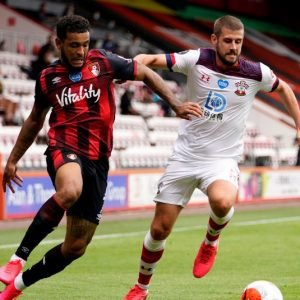