Villa take on Pep Guardiola’s Manchester City in the Carabao Cup final at Wembley this Sunday.

Elmohamady has been the backup for Frederic Guilbert for most of the season so far but Bruce is tipping the Egyptian international to get a place in the starting team for the final.

As quoted on Football Insider, he said:

He’s a really, really fit, athletic lad who you can always rely on. He’s got a really good way about him, he’s really consistent and one thing he does give you, that you’ve seen in certain games this season, he takes a touch and he looks to deliver in the box.

Wherever he is on the pitch, there’s one thing on his mind, is he looks to put the ball into the box in dangerous areas. That’s one positive he brings to the team when you play with him in the side.

If I was Dean Smith I’d be thinking: ‘Well, where are we going to score a goal and who’s going to create goals for us?’ I wouldn’t be surprised if Elmo gets the nod.

Following the recent defeat to Southampton, manager Smith admitted that many of the players starting that day have played their way out of the team for the final.

Guibert could be one of them after his poor showing against Moussa Djenepo, who caused him problems all afternoon, proven by the fact that the Frenchman made five fouls in the game (WhoScored).

However, Guilbert started the semi-final second leg and Elmo only played just over six minutes of that match against Leicester City, meaning the full-back may be lacking in match fitness, leading him to be slightly rusty.

That’s something that we feel the team can’t afford, especially against quality attackers like Raheem Sterling and Bernardo Silva.

Who should start as the wing back in the final? 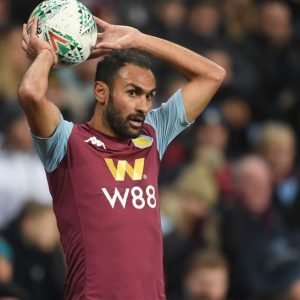 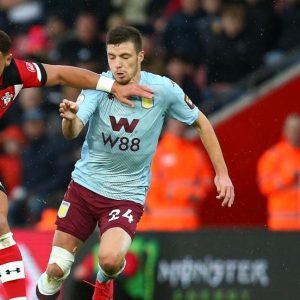