Mason Mount has lauded the quality of Jack Grealish as a player, as the pair work alongside one another on England duty.

Grealish is one of the most highly-rated players in the country at the moment, helped by his masterful performance for Aston Villa in their 7-2 hammering of Liverpool.

The 25-year-old could start for England against Denmark on Wednesday night, as he looks to continue growing his reputation.

I love watching him [Grealish] play as well. He’s brilliant to be around. Obviously we all know what he can do, what a brilliant player he is.

I get on very well with Jack. He’s a brilliant player and, yes, we always want to play together.

We have such a strong group with loads of top, top players. You always want to play with the best and when you come away with England you’re doing that.

It means so much to come away and play with the likes of Jack and the top, top players in the group.

I think keeping hold of Grealish was the most important piece of business Villa did all summer. He is the undisputed talisman at Villa Park, with his wonderful technical ability catching the eye on an almost weekly basis.

There is also an old-school feel about Grealish as a footballer which almost gives him an extra charm, gliding across the pitch with his socks rolled down and possessing a maverick-type character, with his off-field issues not going unnoticed.

It is Grealish’s brilliance as a footballer that shines through most, though, and he should be a major part of Gareth Southgate’s plans heading into the Euros next summer.

England’s team needs to be built around such quality and the hope is that a star showing against Denmark makes him even more integral moving forward.

At long last, not only Villa supporters are raving about him. 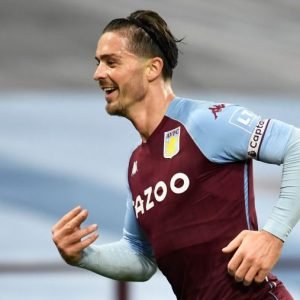