Aston Villa striker Tammy Abraham is aiming to hit 30 Championship goals by the end of the season.

The forward is one of three players in the division to have already reached the 20 goal mark, with Teemu Pukki of Norwich on 20 and Billy Sharp of Sheffield United on 22.

Abraham has netted 20 times in 25 appearances for Villa since joining on loan from Chelsea at the end of August, with his most recent goal coming in the 3-3 draw with Sheffield United at Villa Park on Friday. 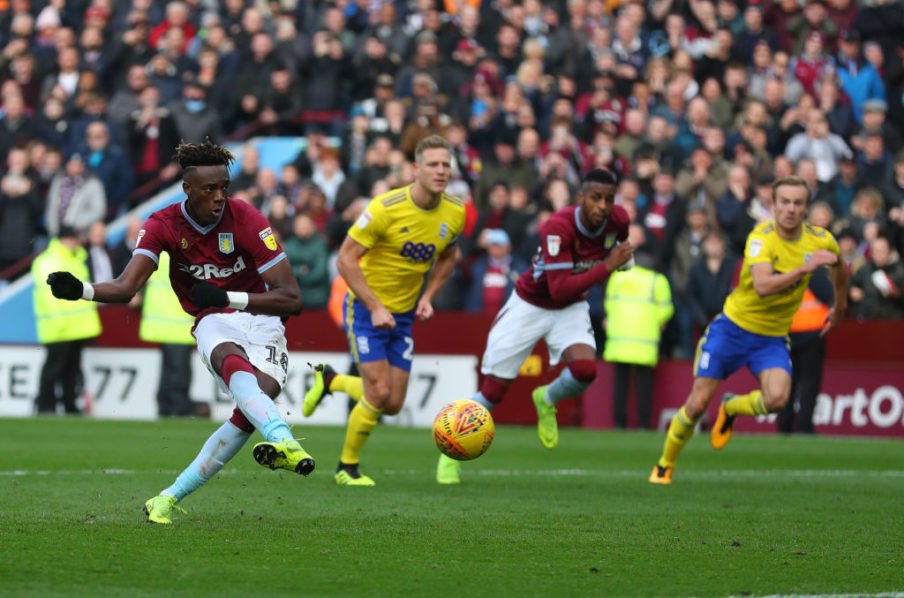 Speaking to The Express and Star, Abraham said this:

I just want to keep banging in goals. There are what, 15 games to go? Hopefully I can score another 10. We’ll see.

With 31 games played, Villa currently sit 10th in the Championship table – six points off the play off places.

Dean Smith’s side will be hoping to finish the season strongly and land a place in the top six, but will face stern competition from the likes of Bristol City, Derby and Birmingham.