Aston Villa are considering whether or not to make a move for Middlesbrough goalkeeper Darren Randolph this summer.

According to The Telegraph, Randolph is one of the goalkeepers Villa are looking at as they go in search of a new number one for next season.

Despite Jed Steer impressing towards the end of the campaign, Villa appear keen to bring in an experienced shot-stopper between the sticks for their Premier League campaign. The report claims that Villa have already held talks with Burnley over a deal to sign Tom Heaton, whilst Darren Randolph and Alex McCarthy, of Southampton, are under consideration.

Randolph caught the eye at Middlesbrough last season with a string of good performances between the sticks for the side which finished 7th in the Championship.

The Republic of Ireland international also holds Premier League experience, having played in the top-flight for West Ham before he made the move to Middlesbrough.

Would Randolph be a good signing? 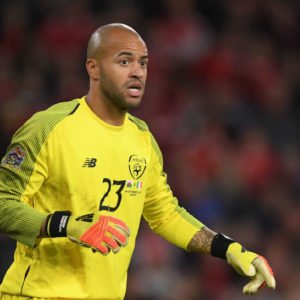