Many Aston Villa fans are showering praise on teenager Louie Barry after he uploaded footage of another one of his goals.

He initially joined the Catalan giants from Villa’s rivals West Bromwich Albion but he has now returned to the Midlands.

As reported on BBC Sport, Barry was with the Baggies from the age of six and turned down the offer of a professional contract from the Championship club before making the switch to Spain.

He posted footage of his strike on Twitter, where he wonderfully volleyed the ball into the net from inside the 18-yard box.

Many Villa fans have flocked to the post to praise the youngster, with some calling for him to be promoted into the first-team squad by manager Dean Smith.

Others believe that he is the next Jack Grealish whilst some just simply took the chance to praise the well-take goal.

Twitter: @LouieBarry6 @TheVillaYamYam Get him in the squad now (@cragger82)

Twitter: @LouieBarry6 Great finish, knocking on the door to get in the squad soon (@gav_deacon)

Do you want Barry in Villa's first team squad this season? 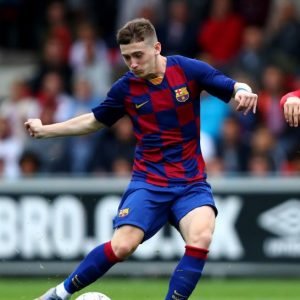 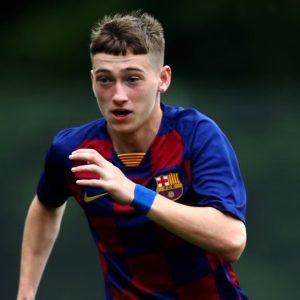