Dean Smith’s men have won all four matches to date and victory against Leeds will see them top the Premier League table for the first time since October 2001.

On top of that, Villa have scored 12 goals already, including seven against Liverpool, also conceding just twice.

Despite so much being in the hosts’ favour, Lawrenson predicted a shock Leeds win on BBC Sport, saying he thinks they will leave Villa Park with a 2-1 victory for their efforts:

Villa are going great guns, with four wins out of four in the Premier League so far. It’s not just been their results that have been impressive, because they have been playing well too.

But I just fancy Leeds here. I watched them against Wolves on Monday and, although they ended up being beaten, it is clear already this season that, even if they are not playing well, they are competitive and they will give everyone a good game.

Kalvin Phillips is out injured, which is a blow to Leeds because he covers acres and acres for them. But you won’t see anything different from them on Friday – they won’t change the way they play because one of their better players is out.

It is certainly a bold prediction from Lawrenson, considering the flying start Villa have made to the campaign. Meanwhile, Leeds sit 10th in the league, with only two wins out of five.

They are a team brimming with confidence from back to front, with Ezri Konsa and Tyrone Mings excelling in defence, and the likes of Ross Barkley, Jack Grealish and Ollie Watkins shining in the attacking third.

Leeds are a talented side who will cause problems, but the loss of key man Kalvin Phillips gives Villa an even stronger chance of victory. 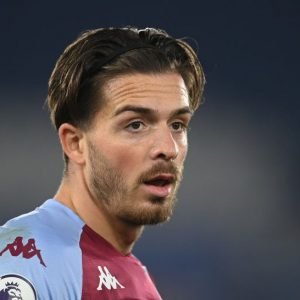 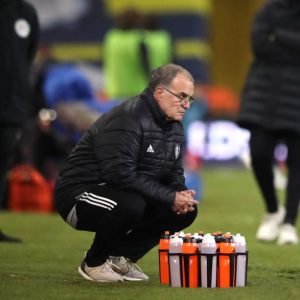