Former England defender Danny Mills has analyzed the performance of Jack Grealish for England against Belgium, which was seen as a success by many.

The Villa captain was rewarded for his excellent club form by Three Lions boss Gareth Southgate on Sunday evening as he started his first competitive game for England.

Despite England’s 2-0 defeat to Belgium in the Nations League, Grealish produced a man of the match performance against Roberto Martinez’s side. The Birmingham-born attacking midfielder’s efforts saw Southgate rave about his display, telling Sky Sports:

“I thought Jack had an absolutely outstanding game. What I saw that I knew I would see was someone with the bravery to play. He took the ball in tight areas, his techniques were good, he took players out of the game.

“We knew he would buy a lot of free-kicks, which, of course, he did. I just thought he was outstanding. He should be absolutely delighted with the way that he played.”

Whilst many have praised Grealish for his performance, Mills has responded in a more critical manner via an Instagram post on which former Villa striker Gabby Agbonlahor also commented. 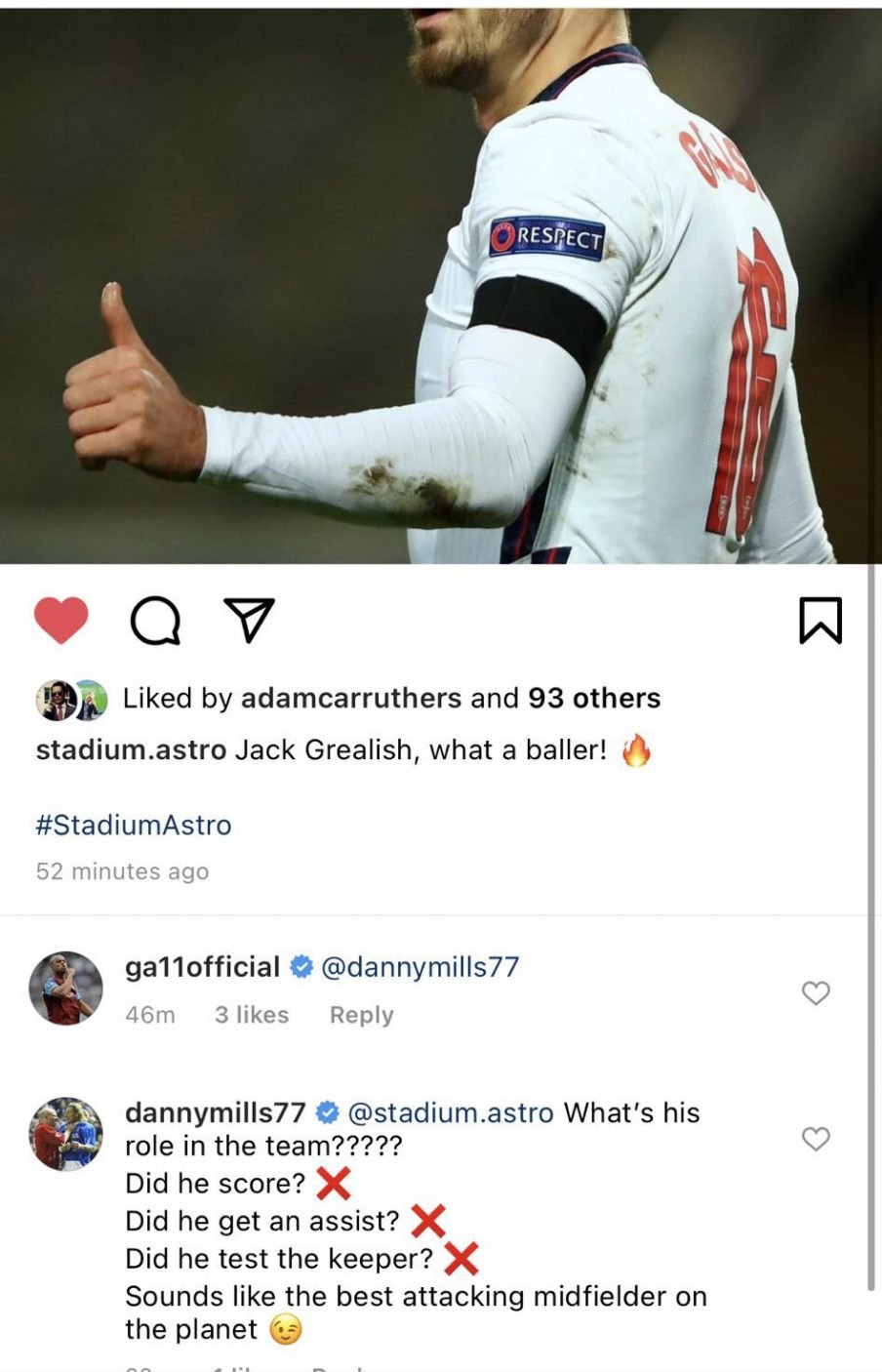 Mills’ criticism of Grealish certainly seems out of tune with the vast acclaim that he has understandably been receiving of late.

The Villa man has been arguably one of the most impressive players in the Premier League this term and his starting place in the England team is richly deserved based on his recent form.

England failed to win in Belgium but Grealish could be very much the focal point of Southgate’s line-up, whether Mills like it or not.