Aston Villa and Everton are both looking into the availability of the Albanian international goalkeeper Etrit Berisha.

La Lazio Siamo Noi report that the goalkeeper has emerged as a target for both sides who are both in the need of a new number one.

Berisha is currently at Lazio but has struggled for regular first team action in the Serie A. His impressive form for Albania in Euro 2016 has led to Villa and Everton both making enquiries over him.

The 27 year old only made 20 appearances in all competitions last season with Lazio finishing eighth. He joined the Naples side from Swedish club Kalmar in 2013, but has constantly found first team football hard to come by. 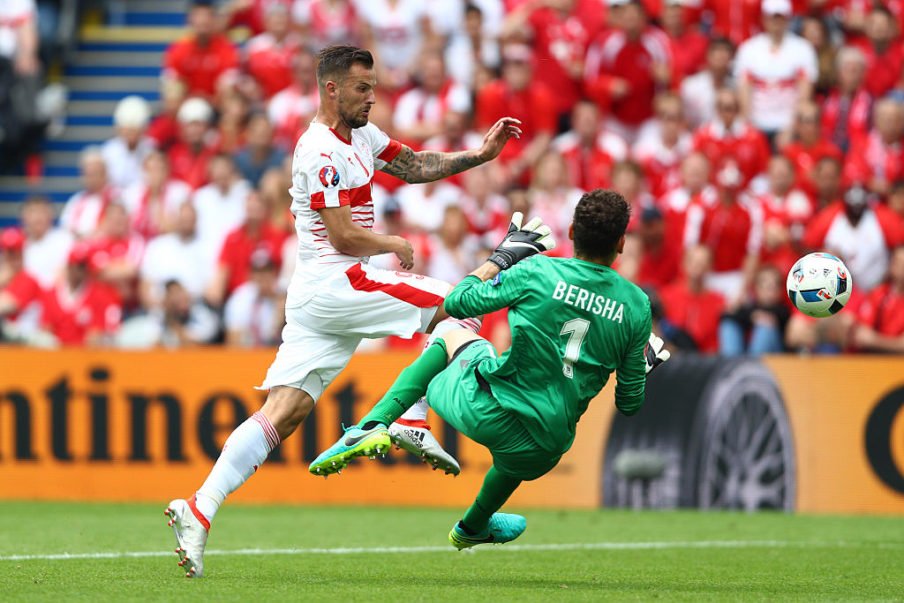 Brad Guzan is expected to depart this summer.